Procurement is an important element of the Northern Ireland economy. Northern Ireland central and local government spends approximately £3 billion per year on procurement, of which £2.7 billion is spent by government departments and their arm’s length bodies. Many of Northern Ireland’s private sector organisations also spend significant amounts in the local economy. The opportunities and challenges facing procurement must be considered in the future outlook.

The current Covid-19 pandemic has had a huge impact on the local economy and wider society. As we approach the end of the transition year, from January 2021 the UK will have left the EU. Procurement practitioners need to keep up to date with these latest developments and their implications for procurement in your organisation.

agendaNi magazine’s annual procurement conference will examine what effective public procurement means for organisations in Northern Ireland. The conference will have a genuine, in-depth understanding of the key issues via a high-level panel of local and visiting speakers.

Discussion topics for 2021 include: 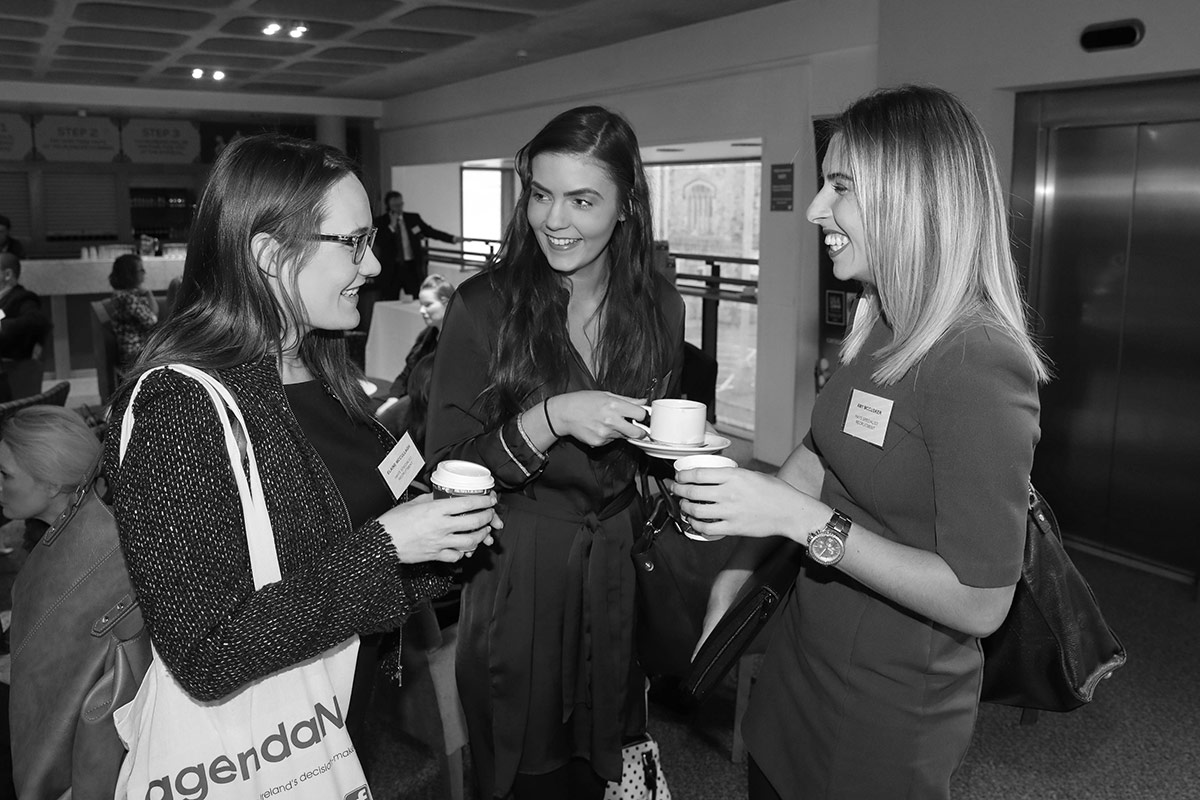 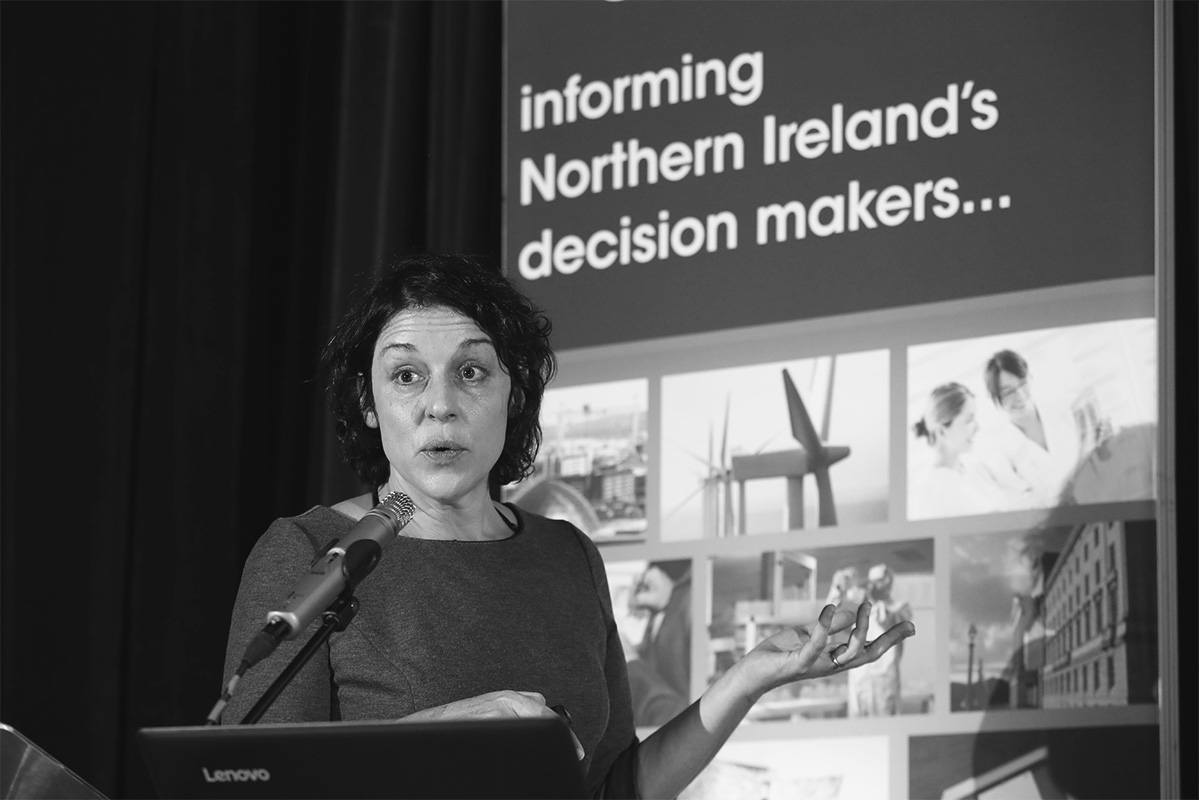 The Northern Ireland Procurement Conference, alongside hearing expert speakers and taking part in in-depth Q&A sessions, presents the opportunity to network virtually with those involved in procurement throughout Northern Ireland. Procurement professionals and those working in other advisory roles from organisations across the public, private and voluntary/community sectors will be at the conference, including:

Director of Supplies and Services
Construction and Procurement Delivery

Necessity is the Mother of Invention; The Pandemic and it’s Legacy for Supply Chains

Procurement in Ireland: Challenges and opportunities

Local government and procurement in Scotland

There are a limited number of available sponsorship opportunities at this conference which will be of interest to companies and organisations with products or services they wish to promote. For further information on sponsorship and speaking opportunities and how your organisation can benefit, contact Fiona McCarthy on 028 9261 9933 or email Fiona.mccarthy@agendani.com.

The Northern Ireland Procurement Conference 2021 will be using an online platform that will allow speakers and delegates to follow the normal structure of a conference.

Pamela McCreedy is Chief Operating Officer and Local Government Auditor at the Northern Ireland Audit Office. She leads and manages the NIAO’s operational business and supports the C&AG in the strategic leadership of the NIAO including stakeholder management. She takes the lead on cultural change within NIAO to develop greater flexibility in management structures and service delivery. She is also Local Government Auditor, with responsibility for leading all local government audits across Northern Ireland. Pamela trained as a Chartered Accountant with KPMG where she specialised in public sector audit and advisory. Pamela joined NIAO in September 2017 from the Northern Health & Social Care Trust (NHSCT) where she was Deputy Chief Executive/Director of Operations. Before taking her post at NHSCT, Pamela was Director of Transforming Your Care (TYC) in the Health & Social Care Board, leading the reform of health and social care services in Northern Ireland.

Peter commenced his career in the Health Service over 37 years ago and has held positions at all levels in purchasing and supply. In May 2009, following Health and Social Care restructuring in Northern Ireland, he was appointed Assistant Director at the Business Services Organisation with responsibility for the Procurement and Logistics Services.

In this role Peter is responsible for delivering strategic and operational procurement and logistics services to all health and social care trusts, boards and agencies within Northern Ireland influencing procurement expenditure of circa £750M per annum growing to £1.2bn by 2021. He also represents N.I. Health and Social Care on a number of UK National Supplies Groups and on the N.I. Procurement Practitioners Group.

He has held posts as Director of Procurement at the Central Services Agency Regional Supplies Service (CSA RSS) restructuring purchasing and contracting services to create a category management structure. Prior to that he held posts as Assistant Director of Purchasing responsible for The Royal Hospitals Trust and the Belfast City Hospital Trust and Purchasing & Project Manager at the Ulster Hospital.

Peter is married with two daughters, a son and a dog.

Paul Quinn is the Chief Procurement Officer, with the Office of Government Procurement within the Irish Department of Public Expenditure & Reform (DPER). Paul joined the Civil Service in 2013 as the Government’s Chief Procurement Officer overseeing the Office of Government Procurement, which leads the Procurement Reform Programme across the public sector. Paul previously worked with the largest Irish telecommunications company, Eircom, and was Supply Chain Director there from 2007. Paul had responsibility for a number of group shared services functions within eircom including Procurement, Property, Transport & Logistics, Billing and Accounts Payable. He held other senior management roles in Operations, Change Management, Process & Systems Integration and Commercial.

Riccardo Drentin is a Partner in McKinsey’s London office, where he is a leader in product development and procurement and the global coleader of work in source-to-pay. Over the years he led initiatives in cost reduction, organization design, M&A, and digital procurement, and has served clients in several industries from high-tech to banking, leading transformations in the area of operations. His recent client work includes design of next-generation procurement operating models for many leading organizations in several industries from chemical to retail, as well as digitalization of procurement functions and optimization of procure-to-pay processes for manufacturing producers and service providers.

He has launched an operations training academy for supply chain, product, and creativity departments for multiple clients. Riccardo is also a keynote speaker and moderator of Sourcing Outlook in Stockholm and CPO Roundtable in Copenhagen.

Riccardo holds a degree in aerospace engineering from Delft University of Technology and an MBA from IMD Business School. Prior to joining McKinsey, he worked as a raw materials buyer at Toyota and product developer at Finmeccanica.

Declan Magee is a Head of Litigation at Carson McDowell. His key practice areas include procurement and EU and competition. Declan qualified through Queen’s University, Belfast. He has worked with Carson McDowell since qualifying in 1995.

Declan has developed a strong client base in both the public and private sectors. The team is recognised in a number of sections of the leading guides on the legal profession as being at the forefront of the niche practice areas covered by the Department, including Public Procurement and Administrative Law.

In the Chambers guide 2019, clients state “he is always accessible, knowledgeable and prompt in reply. I have confidence in his ability to find a solution and in his understanding of how business works."

Kerry Teahan is a Partner and Head of the firm’s Procurement Team. Kerry specialises in all aspects of the procurement and contracting process, from structuring and pre-procurement market engagement, through to conduct of the tender process, supporting evaluation and contract negotiations.

Kerry is trusted to advise on some of the most complex and challenging projects in procurement, both within Northern Ireland and beyond, and has extensive experience in working with NDPBs, local authorities, universities, transport bodies, utilities and private contractors in a wide variety of market sectors.

Kerry has particular expertise in advising on the procurement and supply of technology solutions, and at an early stage of her career undertook a secondment to the in-house legal department of a major CRM supplier.

Declan McCormack is Programme Manager at the Office of Government Procurement. He has responsibility at Principal Officer level for the Office of Government Procurement’s eInvoicing Ireland programme. The eInvoicing Ireland Programme was established to facilitate and enable public bodies to comply with the requirements of the European eInvoicing Directive (2014/55/EU) and achieve benefits beyond compliance.

Prior to this appointment he held a range of technical and senior management positions in the IT/ eProcurement industry and, as a member of the National Standards Authority (NSAI), has served on the European eProcurement Standardisation task force (CEN/TC434) that was charged with drafting the eInvoicing Standard as referenced by the European eInvoicing Directive (2014/55/EU).

Tricia has over 25 years’ experience in public procurement and has headed up the Procurement Department at Translink since March 2017. For the previous 3 years – having stepped down as Head of Procurement at Queen’s University in 2014 - she ran her own consultancy business, Evolve Procurement.

Translink is the primary provider of public transport services in Northern Ireland and is one of six Centres of Procurement Expertise. Tricia and her team are responsible for the delivery of strategic and operational procurement across the Translink Group.

Dr. John Glen was a Senior Lecturer in Economics and latterly Director of the Centre for Customised Executive Education CCED at Cranfield School of Management in the UK. After 18 years at Cranfield John retired from the School at the end of September 2017 and is now a visiting fellow at Cranfield.

As of November 1st 2012 John was retained by CIPS (Chartered Institute of Procurement and Supply) as their Chief Economist (only economist!) . In that role John is speaking widely to procurement and supply chain practitioners about the impact of Brexit. John is also a member of the Brexit impact group that reports to the National manager of Kuehne and Nagel UK. John appears regularly on BBC radio and television commenting on the UK macro-economy, the UK banking industry and the economics and finance of sport.

John teaches on a number of international MBA programmes in Germany, Belgium, South Africa and the Netherlands and has delivered executive education programmes to a large portfolio of corporate clients including Kuehne and Nagel, Jaguar LandRover, EMC2, Sony, Vodafone, REXAM, Pfizer, BAE Systems, Trust Re, Etisalat, ARI, HSBC and Sony.

Colin Jess is the Director of Social Enterprise NI, the representative body for the sector. Prior to this he worked in local banking in Belfast for over 30 years. Colin leads on building awareness of the sector across private, public, and educational sectors. Colin is heavily involved in lobbying political parties for their support and has built many relationships with government departments. He is a Council Member of NI Chamber of Commerce.

Ronan is the Finance and Regulation Director and a member of the Executive Committee. He is responsible for all financial and regulatory matters within the organisation. Ronan has previously held commercial and financial roles in various organisations in the UK and Ireland.

Tomas Wilkinson is Audit Director at the Northern Ireland Audit Office. He is responsible for leading financial and value for money audits with particular focus at the moment on the Department for Communities and the Department of Justice. He led the production of the NIAO’s report on Major Capital Projects which was published last year and liaised with the NI Assembly’s public accounts committee in the production of their report later in the year. Tomas trained as a Chartered Accountant with PwC before joining NIAO in July 2001. He has been a Director in NIAO since 2011.